It can come out of nowhere.

We were in a meeting at the firehall, bunch of us, Life Leadership folks learning and soaking up some courage from Phil and Catherine and Dave and Marlene. Andrew and I were excited to be there together with our friends, since we so often don't seem to be able to go to these meetings together; schedules so full we're pulled in different directions.

I was carrying a little sadness in my heart for a former neighbour who had passed away that morning after a very sudden, short battle with cancer. There really wasn't a battle. It blew in like a maritime storm and dragged her out to sea. So I was more than a little introspective, and very conscious of the brevity of this life.

My phone buzzed with the message, 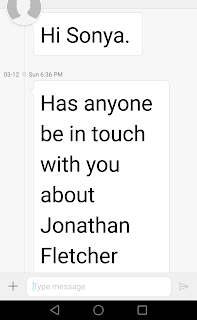 I texted back, that no one had, thinking he and Brittany might be expecting again, or wondering if he'd been hurt in some way, or that he was rejoining our worship team...I'd just had a nice afternoon with the Fletcher's and their dear baby girl a few weeks earlier and I hoped it was another baby, even if it WAS soon...They made such a great family and I'd loved hanging out with them that day at Adam and Carito's.

So at the first break, I dashed outside with my phone to call Heather.

Like I said, it can come out of nowhere.

It can take you to your knees.

Heather told me she had bad news; that Jonathan Fletcher was gone. He had died. A brain aneurism during or before or after he was onstage at his morning worship service, singing.

Jonathan Fletcher was always singing. He was wonderful at it. And he was 31. He couldn't NOT be. Heather  must have got it wrong  somehow. I cried alone in my car for a half hour until Andrew came out to find me. I somehow choked this terrible news to him. He was stunned, thinking, as I had, that Heather had somehow got it wrong.

Even now, I can't really talk about it, and my eyes are too blurred with tears to keep going.

Here's the whole story and the miracle of a caring community that swooped in with drastic , sacrificial support for Jonathan's girls: 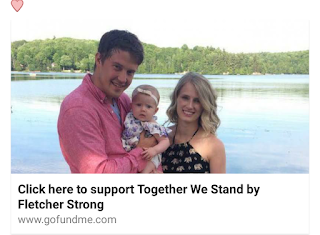 I've so often heard people say, "It's never too late," and I just want to shake them and look in their eyes and somehow convey to them that that is simply not true. Terrible news can come out of nowhere, bringing with it a too late. Chris Brady is FAMOUS for saying, "There IS a too late," but I've known it to be true since the day my mom died thirty years ago from cancer and three grueling years of on and off again chemotherapy. I knew it when our best friend Ted died at age 20 of a brain tumour; when Jackie, in her early thirties too, died suddenly after a trip down south; when little Jennifer had died suddenly on the highway a few miles from our home at Christmas time; when Jordan's uncle was lost suddenly in a fatal accident last month...

And I was to get another call the week following Jonathan's death, as my brother in law died suddenly of a heart attack, leaving my nieces lost and heartbroken.
It just came out of nowhere.

So when I got a call last week from my stepmumm, I dropped to my knees when I heard the words," I have some bad news."

It WAS bad news, but, dear friends, though I cried for a solid hour on the phone with Deb, I was filled with this inexplicable thankfulness.

Bad news.
It can come of nowhere.

I'm so glad we still have time
To talk about good news. 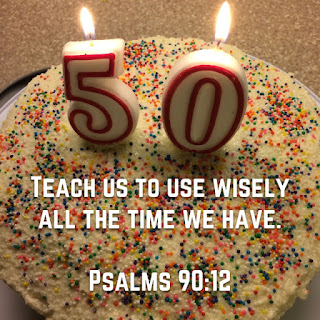