Well, I may have taken him off the list, but let me tell you, Uncle Gordie is very much on my mind. He's never been far from my thoughts, always in my prayers, a part of my own soft heart. If you didn't know him, can I just tell you a little bit about him? You'd have REALLY liked him.

I'll start with what my children called him. We have two uncle Gordies in our family, so one morning, when I announced we were going to go visit Aunt Rosalie and Uncle Gordie, Jessica quickly asked, "which one... Uncle Gordie Tickle?"

He TORTURED with tickles. Didn't matter who. You got no points for disability or venerability either. He even tickled Auntie May, in her 70's and on crutches... Or he'd send her jumping up onto the couch with the threat of bringing a mouse into the house. He teased, tickled, tortured his way into every heart, whether toddler, teen or tenured.

A great lumberjack of a man, he had a deep rumbling bass voice that was equally at home in the upper registers, greeting you with a half-grin and something to the effect of, "Well here comes Ugly"... And then he'd wrap those big arms around you and squeeze you surprisingly gently against his barrel chest, blink away a tear, and then threaten you with a "whiskerin".

He was so manly. He drove an oil truck, kept livestock and an enormous garden, cut wood with his brothers and father, manly men all, and could just make anything with his hands.

He could build a barn or doll furniture.

He looked at home in coveralls, hunter orange or suit and tie.

He could sing like the bass section of the Mormon Tabernacle Choir... but he also could sound like the violin I'm learning to torture my family with...he would make up these high pitched little ditties on the spot..." Oh miss Sonya, what a redhead, a sable river bed head"..."old rusty pigtail, gonna grab it, it's that sable river rabbit..."

When he wasn't working hard he was reading... As a child, I assumed men read more than women, because that's what I remember. My own dad with shelves lined with classics, tables and floor stacked with art books, Uncle Gordie or Grandad or Uncle Hilton pouring over their well worn out, used up or marked up bibles or the newspapers, or, especially in Uncle Gordie's case, any and every imaginable genre of book, fiction or nonfiction.

He had the soul of a poet, but he spoke in the vernacular. "Pass the squarrrsh", he'd say, after he'd bowed his head and humbly, reverently, eloquently thanked his Heavenly Father for not just the meal but all his blessings. He was a man after God's own heart, honourable, loyal, hard-working, faithful, loving, mindful...

If you knew him, you know what's happening here. Gordon Fredericks cannot be captured with words. If you didn't know him, I'm sorry. I'm doing a poor job . This is but an outline. A shadow of a cutout of the man.

But I'll tell you this. He was such a part of my childhood pattern of what makes a man, that I see much of what I loved in him in my own dear husband. He would not have called himself a leader. But ask any of his friends. Ask his wife. Ask his brothers and sisters in law. Ask his pastor, the children he raised, his grandchildren, his nieces and nephews, the men he gathered with at the coffee shop, those he worked with or for, went fishin' with, his friends and family....those who saw and felt Christ's love and peace in the way he lived his life and loved people. He ran his race. And there is not a doubt in any of our minds that he was greeted with the words he longed to hear: "Well done, good and faithful servant". He'd be the first to tell you that it was not his own efforts that made him who he was or that would earn the praise of his Heavenly Father. He'd be the first to make sure you knew it was all a gift from God. He'd let you know it was the grace of his Saviour. But he did a few simple but not easy things. He believed, he was faithful, and he ran with endurance the race that was set before him.

Therefore, since we are surrounded by such a great cloud of witnesses, let us throw off everything that hinders and the sin that so easily entangles, and let us run with perseverance the race marked out for us.- Hebrews 12:1 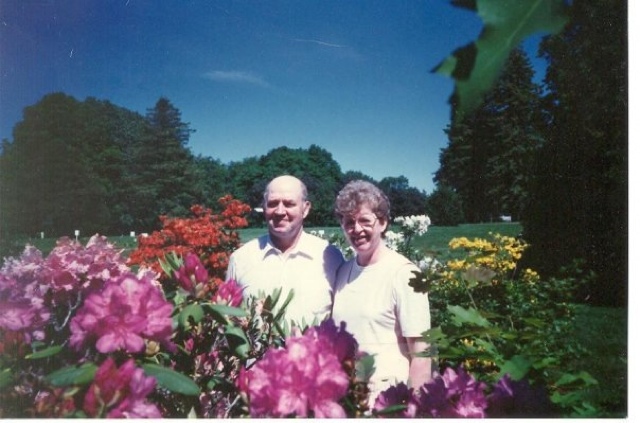 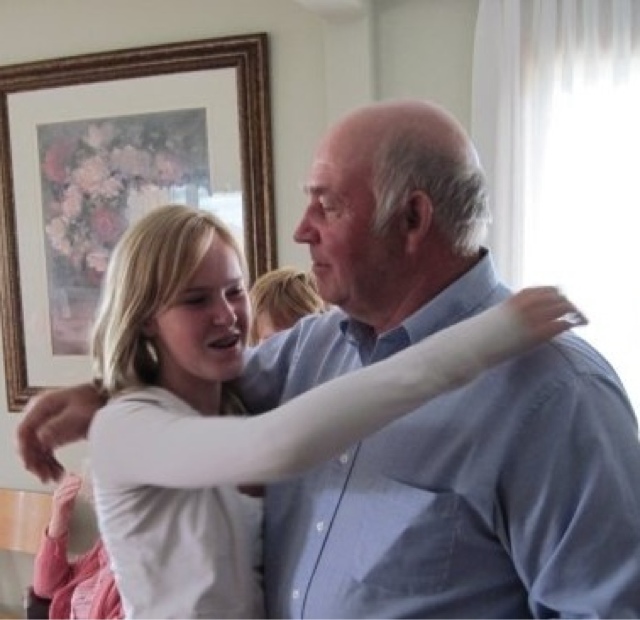