Here in the Silence

I could watch this face forever. I could just sit here in the silence and drink in each line, each curve, every soft inch for hours.

I love my Nanny.

My eye traces the scar just above her left temple, where the silver cloud of once black hair pulls back just a bit, refusing to conceal this reminder to me of the fragility, the vulnerability inherent in even the most courageous, resilient lives.

I still feel responsible. It was probably a dozen years ago when Nanny was a young octogenarian. We were visiting Aunt Margie, laughing as we approached the front steps, when suddenly my dear nanny just tripped over the edge of the walkway and fell, striking her head on the iron rail. I'd never seen a head wound, and I'm not prepared to turn your stomach this morning by letting you in on the grisly details, but I do remember needing to pull off my pale pink cotton sweater and wrap it tightly around her head and quickly realizing it wasn't thick enough to absorb all the blood. The cut was so awful that, when the ambulance arrived just minutes later, one attendant let out some choice expletives and was rebuked softly by my weakened but ever alert Nanny, for his language.

Nanny's hand moves to the edge of the blanket, lingers for a moment then lays curled once more on top of the beautiful flowered nightgown Aunt Nellie bought for her. I love those little hands. Hands that crocheted baby clothes and knitted Barbie outfits, crafted lacey doilies, kneaded bread, washed dishes, washed and untangled and cut my mop of red hair, patted my hand as she sat beside my bed when I couldn't sleep, couldn't breathe, couldn't cope. Hands that comforted my mother when she was a baby,  corrected her when she was a child, folded in prayer for her when she was broken-hearted and lost, and that cared for and comforted her once more when she was sick and frail and dying.

Nanny's chest rises and falls evenly with each breath, a little pulse visible at the base of her throat, and with each breath, each heartbeat, I can hear the faint echo of her long ago alto blending with and supporting my thin childish soprano in the little Independent Baptist Church in Lockeport. I hear her light, fun "mares eat oats and does eat oats and little lambs eat ivy...a kid'll eat ivy too, wouldn't you?" while she washes the dishes, I dry them, and Grandad reads his Bible and twirls his hair in the rocker in the front room. And I hear her more recently, clearly singing ditties and hymns, tapping her hands against her lap, or smacking Jessica's teasing fingers, grinning up at Gaëlle, rolling her eyes at me, not a self-conscious care in the world, no more dishes to wash, hair to braid, cookies to shape or clothes to fold or mend.

So I sit and watch this face, these hands,  and I wait. She's ready to go home. She's fought the good fight, finished this race. And it's my honour, my delight to spend a few hours, cheering her on to the finish line.

Oh yes, I'm sad...when i find myself alone and unguarded my whole body shakes with the sobs of grief; my heart is heavy with loss and with shadowy moments of regret and sorrow. But this is not sad. It's a victorious end to a life well-lived,  the beginning of a legacy of 3 children, 8 grandchildren and 24 great grandchildren who have all put their trust in her Saviour and Friend, and who will continue to train up her 6 plus great great grandchildren to love and serve him.

I hope I get to watch that face again tonight. But if I don't, thank you, Nanny. I'll see you soon...hug Grandad and Mom and Auntie May and Aunt Millie and Uncle Gordie and little Bethany for me...

Charm is deceptive, and beauty is fleeting; but a woman who fears the LORD is to be praised. Give her the reward she has earned, and let her works bring her praise at the city gate~ Proverbs 31:30-31 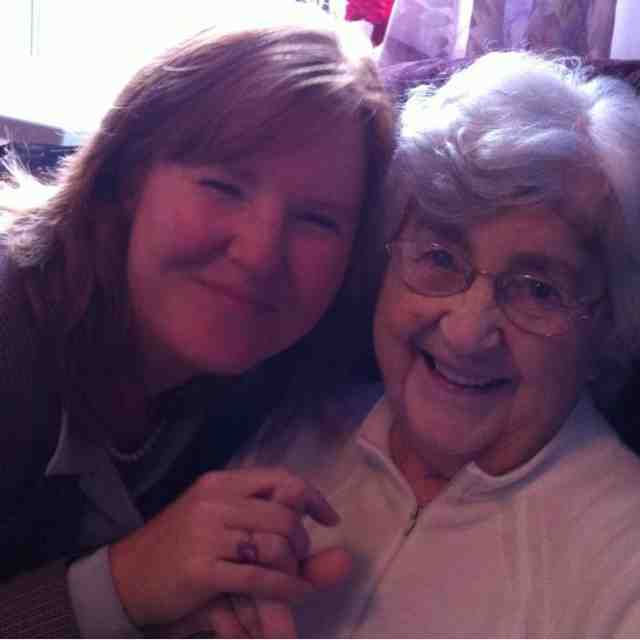 I had a bit of an "aha" moment yesterday. Over the silliest little thing, really, but isn't that the way it usually is? An apple falls on a guy's head and gravity is discovered. Another guy does a silly dance on YouTube, a million people get a laugh and the guy gets a contract to do a TED talk.  A colossal big marital fight, I mean a "he's sleeping on the couch, she calls a marriage councillor, knock em down, drag em out, I'm going home to mother" spat usually starts with something neither can recall after they finally make up. Not that Andrew and I have EVER experienced such a row, but I've heard of such things...

I was scooping cocoa out of the can to make brownies for Bob, and I gave myself a great long slice on the back of my thumb, as I swirled the scoop to get more cocoa. It wasn't serious... silly, really, and I just shook my head and continued to prepare the batter.
Usually, I suck on the wound, run it under water, pat it dry, polysporin and bandage the cut... but I knew Bob would wake soon and I didn't want to take one extra second of time. So I just kept my eye on the cut and kept working. Soon, however, I noticed the blood drop getting bigger and bigger, and I was just starting to think that I'd probably HAVE to stop soon or they'd be bloody awful brownies, literally, when the drop stopped growing and I realized I could just let it be. Faster than I thought it would, it dried up into a neat little seal and I let it stay there while I finished getting the brownies ready for the oven.
The first thing I thought was how awesome the human body is to stop its own leaks with the stuff that was leaking.
That's pretty sweet design.
And then it struck me that the cut DID NOT hurt. Not even a bit. EVERY cut I get hurts. Me and cuts aren't real good together and I'm not the most stoic patient. I've fainted, cried, hollered, screamed...and those were the paper cuts. I don't do pain well. You'd better clear the room if I stub a toe.
So this little miracle fluid that plugged the leak, solidified into an organic plaster to shield  the wound from dirt and germs, to keep the good stuff in and the bad stuff out, was also an analgesic. Wow. Really! Wowwww! Did you know that?
And so that was my aha moment. Sucking my thumb, licking my wounds, washing them clean, applying salve and a bandaid wasn't as completely awesome as just letting my body do what it was designed to do, because the blood-covering was healing, protecting, restorative and took away the pain!
And, of course, you know me, that "aha" moment reminded me of my faith life. If you're not a Christian, what I say next may not make sense, so I'll give a little background intel:
As a Christian, I believe that God's son, Jesus Christ stepped into human history just over 2000 years ago, lived the perfect life I couldn't live and died the death I should have died so that I can spend my eternal life with my just and holy Father. One way we think of this is that we, broken and soiled with the stains of daily missing the mark of the goodness we were designed for, are covered by the blood of the one who saved us. He reached right into the dumpster, redeemed us, took our place, paid our price, made us new and clean and forgiven and capable of a relationship with our creator.
That's kind of my Reader's Digest version of much more spectacular and wonderful good news, and if my explanation doesn't make sense read Mere Christianity by CSLewis (you know, the Narnia guy) and he'll do a much better job...
When we believe and trust His plan, stop sucking our thumbs, and licking our wounds, trying to wash ourselves clean, and making up stuff to soothe and cover our mistakes up, and just let Him stop the gap, provide protection and healing, He takes away the pain, too.
Sometimes, when the wound is bigger, of course, pressure is needed, stitching up, help from others...and God's ready and able with all those supplies at his fingertips. Sometimes, the wound is too big for this life. You need a whole new one. And he's got that covered too.
But this big "aha" moment was just caused by a little scratch. Like so many others.
He heals the brokenhearted and binds up their wounds~Psalm 147:3
He will wipe every tear from their eyes. There will be no more death or mourning or crying or pain, for the old order of things has passed away.
~Revelations 21:4 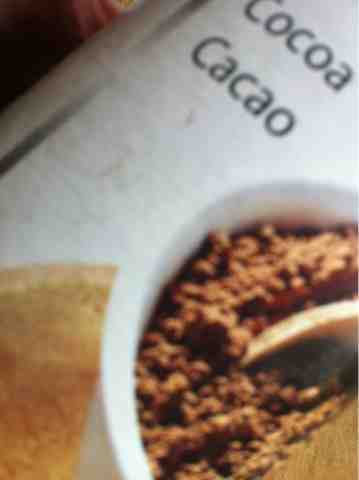 Posted by Inner Image at 8:45 AM No comments: