You're driving along in Nova Scotia, and there's a dead animal on the road or the side of the road. It's bound to be a raccoon or a squirrel, a porcupine or a *gasp and hold your breath* skunk, or maybe even a dear little kitty or bunny, or on the odd occasion it's a deer. Sometimes there's a crow or two hopping around with a napkin round it's neck gettin' ready for a chow-down.

And then if you travel outside your province, it's always a little interesting to see what else there might be, but mostly it's the same laundry list, or grocery list if your name is Cletus, and you're from the mountain areas and happen to have a shovel in the back of the pickup...

But in Ecuador, it was a whole new scene. It was more likely to be a chicken or iguana or duck or cow, and so, sick as this sounds, there was some natural curiosity on everyone's part when we happened upon the scene of a critter's demise.

I know, I know, I've offended my one reader already. Sorry. But it's true. It was all just so different and fascinating, we just were compelled to look.

You woulda looked too.

So we're heading back from site numbers two and three I think, in the community of Salitre. We had seen pigs tied up by the side of the road, cattle of many different types chest deep in flooded fields, a sad lookin' old donkey limping his way along and all kinds of other strange and wonderful animals on our way into the community, and we were still eagerly looking around to see what we'd see on our way back "home".

There was the usual banter and singing and non-stop laughter that filled our van, but it all slowly trickled to a singular-themed hushed chatter as one after another of us noticed the BIG dead animal on the side of the road. The buzz worked its way around the van as we began to realize it was a donkey; probably the one we'd seen on it's last legs coming into Salitre. Poor old fella.

Not much further, we saw another dead creature on the same side of the road. This time an orange tabby cat. Another moment of silence.

But the moment of silence didn't last long. Joe took care of that.

Joe has a shirt that says, "Eat. Sleep. Build"

But within SECONDS of seeing the dead cat, Joe pipes up:

We broke weak. It was just so fast, and so apt. And it came from Joe. It was awesome. We were all laughing.

I'll back up a bit again, though, because when we were all noticing the dead donkey, Pastor Les, often the first to notice and file away everything, was busy processing the same sight, but from his own reference point of growing up and living in Canada. So he already had determined that the dead creature was, of course, a deer, and he had moved on mentally to the next thing on his mind, not hearing us pass along the new information to each other that it was, indeed, a donkey.

So fast forward again to the laughter following Joe's well-timed quip, when we all suddenly heard Pastor say:

"What does Shrek have to do with a dead deer and a dead cat?"

And it was all over. 12 voices were all trying to explain the whole donkey, puss and ogre connection, some in great detail, assuming our pastor was probably too immersed in esoteric books about the scriptures to have understood the Shrek reference. But it totally wasn't that.

He just thought it was a deer.

So we thought we knew Joe. Had him packaged up neatly in the little box that said BUILDER.

And we thought we knew Pastor Les. Had him in a different box that said TOO DEEP AND SPIRITUAL TO KNOW ABOUT AN ANIMATED FILM.

And Pastor thought he knew roadkill.

Guess we shouldn't be too much in love with our own ideas about the way the world works, or who people are or what we think we know.

Do not conform any longer to the pattern of this world, but be transformed by the renewing of your mind. Then you will be able to test and approve what God's will is--his good, pleasing and perfect will~ Romans 12:2 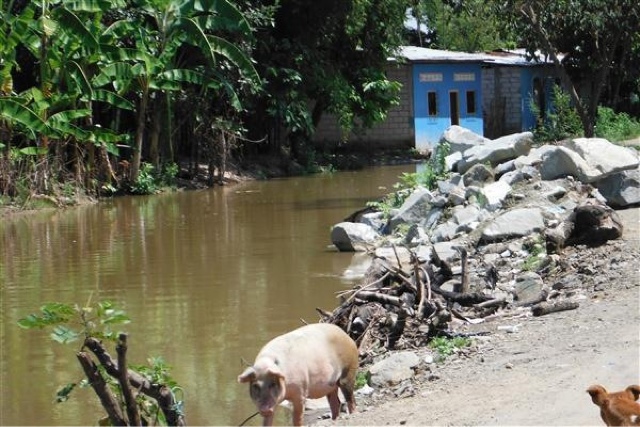